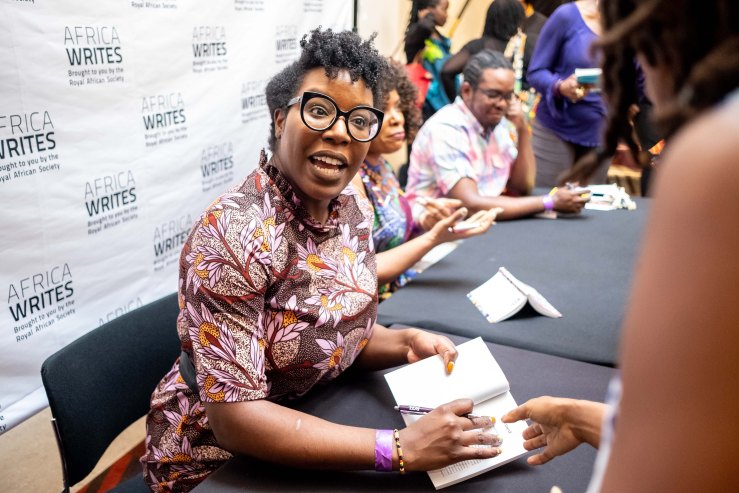 These were Lesley Nneka Arimah’s words when accepting the Caine Prize for African Writing 2019 for her short story Skinned which starts with the iconic sentence “The unclothed woman had a neatly trimmed bush, waxed to resemble a setting sun.”

In Skinned, Arimah tells us about a world in which women are clothed at the hands of men, first through their fathers and later through their husbands. In the meantime, with the beginning of their womanhood, they must walk the earth naked until they are claimed by a man. The story’s protagonist, Ejem, is uncovered at fifteen and remains unclaimed by the time she is in her thirties. Through her, we explore a patriarchal world that painfully accurately lays open the objectification of womxnhood and the struggle for autonomy over our own bodies. Read Skinned here and reflect on tradition, privilege and sisterhood. 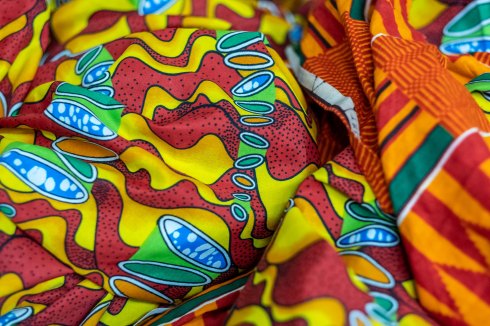 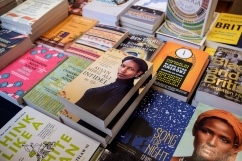 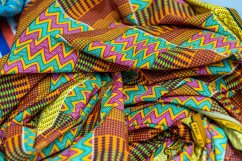 ‘Cosmology, masculinity and fatherhood, mental health and Africans in Europe’ were the key topics around which Africa Writes organised many of the most promising and inspiring writers from the continent and throughout the diaspora to come and discuss their work, teach workshops and have conversations with literature lovers. Womxnhood and sexuality were woven throughout the stunning work presented, reminding us of the ferocity and power of African womxn writers.

In Ngwah-Mbo Nana Nkweti’s short story It Takes A Village, Some Say, we are given two accounts of an American couple’s adoption of a Cameroonian girl. ‘Our Girl’ versus ‘Their Girl’ presents an uncomfortable view on the humanitarian idea of ‘saving a child’ from Africa and ‘giving them a better life’. Read here, because ‘The Girl’ gives a “good read.”  She describes herself: “Mais je suis rien commes des autres. Nothing like them. Those poor, poor telethon kids you scribble letters to and force-feed poto-poto rice ‘just for ten cents a day’.”

Also short-listed was Cherrie Kandie’s Sew My Mouth, a heart-felt plunge into the secret world of a lesbian couple in Nairobi, inhabiting the fear that a “lover’s mother will love her and will crush her. She will take her daughter’s heart and crush it between her narrowed eyes, between eyelids heavy and strong with love that cuts with the strength of diamonds.” Read: here.

Apart from short-stories which took us on mind-opening journeys, we also explored the poetic, physical, political and fantastical relationships that we have with our bodies. In the headline event Our Bodies Speak Poetry, we witnessed poetry spoken and danced, celebrating and commemorating the beauty and pain that our bodies carry. South African theatre-practitioner and poet Koleka Putuma ended the evening with a thought-provoking snippet out of their debut book Collective Amnesia, leaving us speechless after exploring the links between religion, politics and ‘forbidden’ desires. Koleka also participated in the session Stepping Into Our Own in which queer writers discussed how their work captures “the grief and joy in choosing oneself, what is lost and gained through the process, and works they’ve read to inspire and encourage them to do so.”

How many abortions have fallen out of your mouth
while counting the men in your life?

Madness sits at the dinner table, too,
saying grace with one eye open. – Koleka Putuma 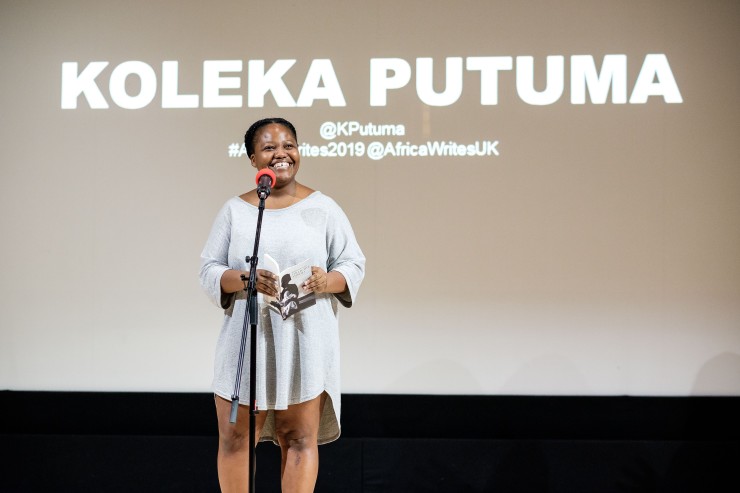 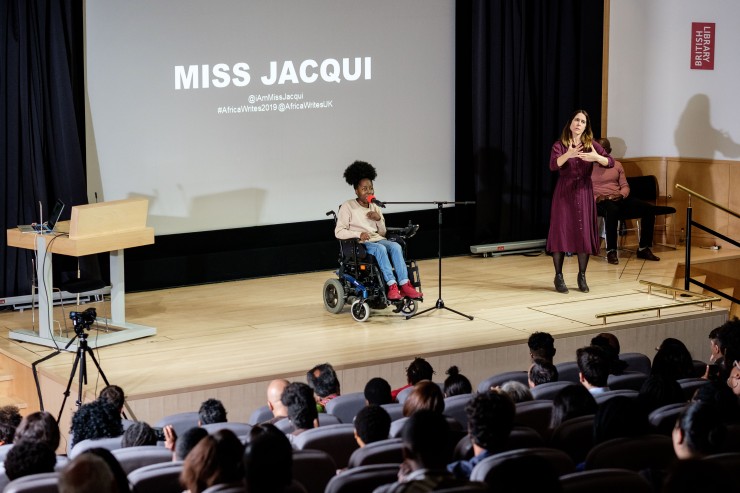 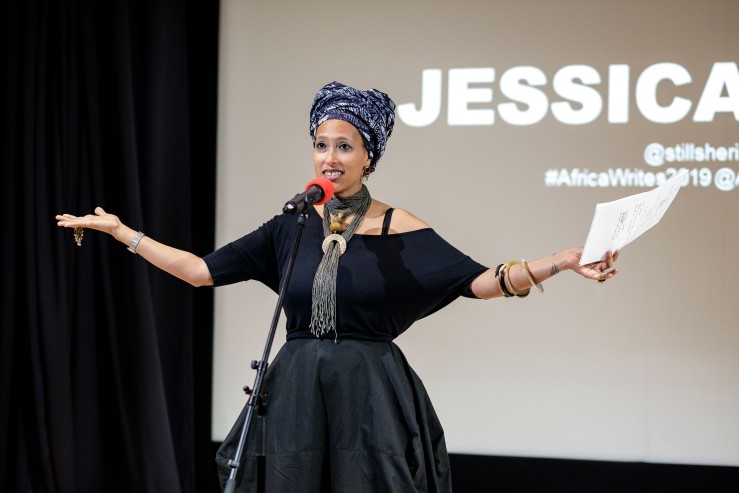 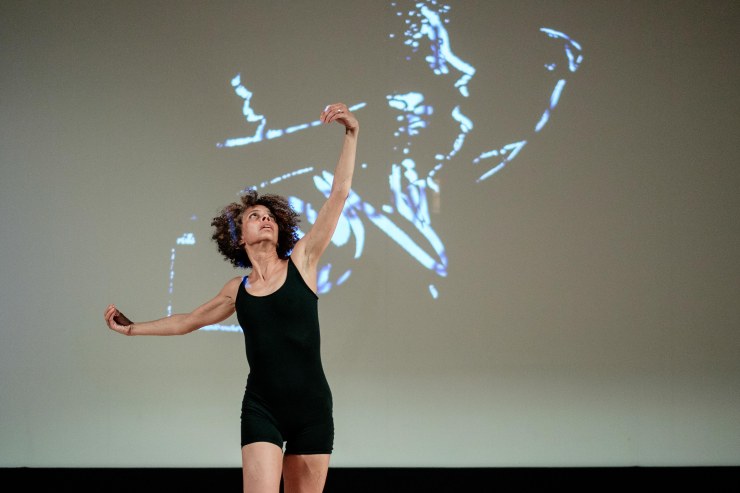 As another headline event, New Daughters of Africa praised the new anthology that brings together writing from 200 womxn all over the world “to celebrate a unifying heritage, illustrate an uplifting sense of sisterhood and showcase the remarkable range of creativity from the African diaspora, particularly in the past 25 years.” Listening to writers of different generations recount their journeys, inspirations and obstacles was incredibly inspiring for aspiring writers in the room, especially because people of colour often feel intimidated by the difficulties we face in the publishing business. In the more specific session Our Daughters Fathers, poets and playwrights reflected on the relationships we have with our fathers. 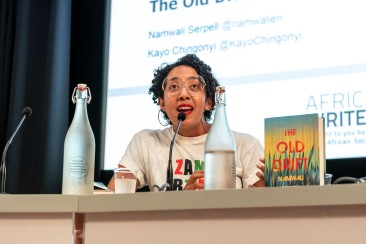 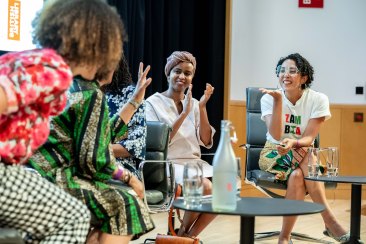 The Africa Writes Team not only organised book launches/stalls/signings and reading sessions, but also a set of workshops that raised awareness about literature from all corners of the continent, pushed for creative innovation and instilled confidence within young people to pitch their stories and write reviews. Combating the notion that North- and Sub-Saharan Africa are completely separate entities, two women held a workshop on Translating Comic Strips from North Africa, showcasing cartoons and comics that are currently emerging from the Arab world. We translated an Algerian comic that looks at gender segregation and the situation of the Algerian woman in the 1940s. In the comic, all women are called Fatma, the name symbolising the similar fate that women at that time (and now?) shared. This event was in collaboration with Shubbak festival, the UK’s biggest festival for contemporary Arab culture which took place in London simultaneously.

“Words on a page were seductive, free, inviting everyone, without distinction.” – Leila Aboulela

It is an indescribable pleasure seeing people engage with African cultures and languages, immerse themselves in other worlds and open their horizons, minds and expectations of what humans are able to create. Men and women listening to each other, non-heteronormative writers widening our perceptions of gender and sexuality, disabled artists embodying poetry through their voices and challenging our perceptions of what the body can and should do. When artists come together, anything is possible. Especially when they are as passionate and talented as Africans and their diasporas.

“I imagine creating a world”, Odinaka often said, “where disrobing is something a woman does only by choice”. – Lesley Nneka Arimah