COVER ART Has No Gender 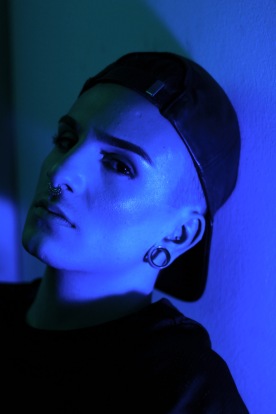 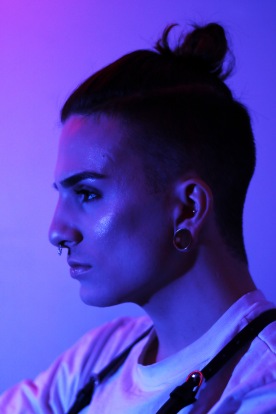 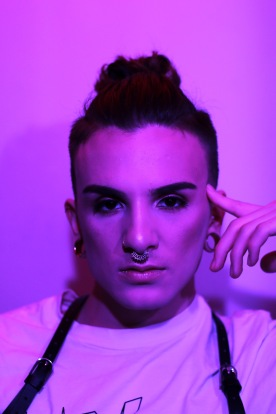 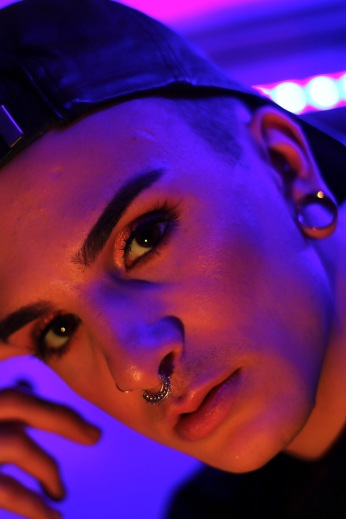 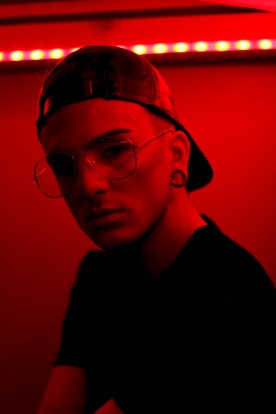 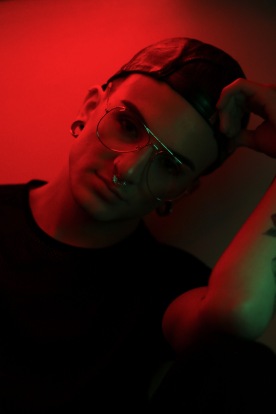 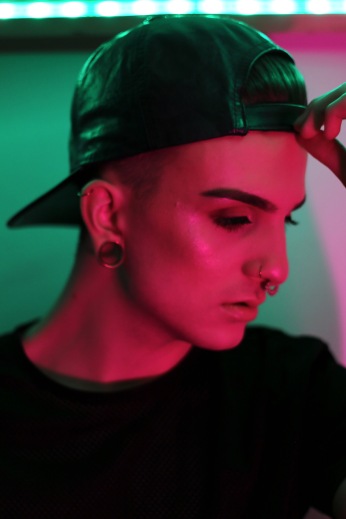 How do you view yourself?

I see myself as a perfect mix between masculine and feminine as I am always playing with both genders, not only in pictures but in every aspect of my life. People often call me a fag, attempting to put me in the box of the hyper feminine gay man, but I don’t even identify as gay. I have never felt completely comfortable in the “gay world”.

What do you mean by that?

The gay world is ruled by stereotypes, boxes have clear definitions; there are “tops” (masculine) and “bottoms” (feminine) and I fit into neither of these frameworks. I am both masculine and feminine, which is difficult for most guys. Rather than supporting people who want to escape the box system, the gay world is full of intolerance which makes me feel like I am still fighting alone, even though we should all be fighting together. It is particularly difficult for my transsexual and transgender friends and as long as there is such a lack of tolerance, I do not want to be a member of that community.

If it isn’t within the gay community, which space are you most comfortable in?

I am most comfortable at home. In the last few years I have created my own bubble for which I had to end many friendships with people who weren’t understanding enough.

I definitely feel least comfortable when I have to be by myself in a crowded place, whether that’d be shopping in a busy supermarket I always go to or waiting for a train in a train station I haven’t been to before. I always feel like I am being watched. Actually, I don’t mind being stared at anymore, but it is difficult to know that people are talking about me when I am right there.

Those people staring at you at the train station – how do you see yourself in relation to how they probably perceive you?

For them, I am usually this strong character that is super arrogant. Especially when I am wearing makeup, they immediately put me in a box and either find me extremely interesting or they make sure to stay away from me. When I am not wearing makeup, they see me as this hard dude who wears piercings and has tattoos. However, this is mainly the case in small towns like Nuremberg. When I am in cities, people will usually approach me if they are interested, rather than judging me.

On your instagram you posted “The sadness won’t go away. Learn to turn it into an art.” Are you talking about your passion for makeup?

Yes. 2 years ago I was feeling very sad because I was not yet confident enough to walk in the streets looking the way I wanted to look. I would only wear makeup at home or going out at night. In this moment Era Istrefi, a famous Albanian singer, posted this quote on her instagram and I related to it because to me make-up is art and the face is a canvas.  Make-up makes me happy, so it is my way of fighting sadness and feeling good. My grandma tells me that I used to do her make-up at the age of 4, using my mum’s stuff. I have always known that I want to have a job in the creative field and when I was 15 I did an apprenticeship as a cosmetician. After that, I became a hairdresser but even then I would always do women’s makeup. The reason why I love it so much is that I can create something, change a face and as soon as I clean it, everything will be gone. The make-up world is so fluid and changeable, I love that! I still want to make my talent a career however I am currently trying to find a way to be a make-up artist without ruining my passion for it. You know, too often we make our hobby our job and lose our love for it as a result.

Your identity is made up of being a make-up enthusiast and gender-fluid but also of being a Muslim born in Germany with Turkish roots. Culturally, what are the most challenging aspects that your identity has to face?

Personally, the biggest challenge is dealing with ignorant friends of friends. I worked hard to create my bubble of positivity and tolerance, but sometimes  it unexpectedly pops when I bump into unaccepting people at parties of friends. I struggle to understand how my friends can get it and these people don’t seem to be able to.

Do you argue with ignorant people?

Yes, I do it to show both them and myself that I am not the person they think I am. I have to prove to myself that noone can take me down, that I am strong. Walking away without standing up for myself means being weak.

How well do your cultures accept you?

Germany is definitely more tolerant than Turkey. Even when it comes to ignorant people I prefer Germans; they will insult me to my face whereas Turks do it behind my back. Turkish culture is very problematic. 2 years ago, I went to Istanbul where some Taxi drivers refused to pick me up. Luckily, most people didn’t realize that I am Turkish so they would talk about me very rudely; had they known that I am Turkish, I’d have had to hide because gay Turks in Germany cannot show their identity when going to Turkey. There, the whole gay world is limited to flats and secret clubs. It is so well hidden that some people literally drive into backyards in taxis in order to enter a party. When I was in Istanbul I was often scared that someone would find out I was Turkish. No one comes out there.

Does your family support you?

Not in everything. I came out when I was 15 and I had a lot of support from my aunt, not so much from my brother and mother. Surprisingly, my father took it well, but none of us have ever spoken about it since then (it’s been 6 years). I still feel like I have to “hide” in my own home. Especially wearing makeup in front of them took a long time because I didn’t want them to feel uncomfortable. However, make-up makes me feel good and now they understand that I am good the way I am and that people even compliment me for my looks.

How do you combine your identity with Islam?

I am a Muslim and I believe in God. In my own religious way I believe that there is something Greater that looks after us and I believe in Islam. The Qur’an doesn’t state anywhere that a man is not allowed to love another man. It merely says that a man should not have sexual relations with another man just because he feels like it in that moment, for example if his wife isn’t around. In Islam, a lot of new rules are being established that are nowhere to be found in the Qur’an. For example, when I was young and going to my religion lessons I was told that there used to be a “gay tribe”; when an angel was sent to them, they apparently tried to “turn” that angel gay as well. I spent a lot of time reading the Qur’an and this story doesn’t exist. It is sad that there is no mosque in Nuremberg or Bamberg that will accept me the way I am, which is why I stopped going to the Friday prayer. It doesn’t mean I cannot live my life the way I want though.

So would you say that the Muslim and Turkish community in Germany need to work on their inclusivity?

Yes, I wish there were spaces especially for Muslim LGBTQ members. We have an especially hard time coming out, some of us have to leave their families, are being persecuted and worse. Our parents force us to suppress outselves. It is important to have advice and help by people who went through the same.  But not only the Muslim community, everyone should accept that while you don’t have to like everyone, you should accept everyone. Everyone accepts you, too, so you should do that as well. You don’t need to be friends with gay people, but you have to let us live, let us be who we want to be.

Lastly, how do you define gender?

In my opinion, gender is a term that shouldn’t exist. Especially nowadays there are so many new concepts of people’s identity that rather than moving away from box thinking, we are just creating more and more. I don’t care if people call me masculine or feminine. Gender and even genitals don’t define how a person views themselves. A woman can have a penis; she can feel like a woman and still keep her penis. I believe that if we were all raised the same way and treated equally, there would be no differences between men and women.

Interview and translation by Amuna Wagner

3 replies on “COVER ART Has No Gender”